When your Ford F-150 fails to start, your first though may be that the battery has gone dead. But when everything on the dashboard lights up, the radio still plays, and the headlights come on, you know you have a different problem. It this case the ignition switch has probably gone kaput. So, how do you go about replacing the ignition switch on your F150?

An ignition switch, at first glance, seems to be a rather simple device. You stick your key in it, turn the switch, and the engine starts. When the ignition switch begins to go bad, you realize very quickly that this device is a much more complicated and crucial component of your F-150.

Symptoms of a Bad Ignition Switch 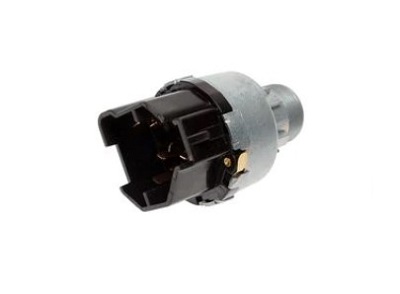 Ignition Switch on a Ford F150

Because an ignition switch does several different things, so there is more than one way it can go bad. That would include the following:

Poor Connection/Open Circuit – This problem can happen in any key position. It may disable all or only one or two functions. This shows that there may be a poor connection between one of the terminals inside the switch. If the “START” circuit is  the only thing affected, and the dash lights and accessories, like the radio works. Or you may be able to start the engine but some electrical systems, like the windshield wipers or radio may not work.

Stuck or Damaged Pins Inside the Switch – As the key is turned there are pins inside the switch that need to align properly for the electrical connection to be made. If one of these pins gets damaged or stuck, the key may not turn.

If this happens, rather than being stranded at home or in a parking lot somewhere, there are a couple of temporary fixes you can try. One thing to try is your spare key. Sometimes it’s not the switch that is a problem, but your key is worn or damaged. If you don’t have your spare key with you another possible solution is to gently tap the end of the key with a heavy object while attempting to turn it. If one of the switch pins is just stuck, a sharp tap may dislodge it and enable you to start the engine.

Mechanical Failure – As things get older they just simply wear out and break. There is a shaft between the switch and the key lock mechanism. Over time it, or the pins themselves, can break. Also, moisture and corrosion can keep the flow of electrical current from reaching the contacts that enable the starter to crank the engine.

What is bad about the factory ignition switch for these models is that once the key is turned to the “RUN/ON” position, the key can be removed and by turning just the lock  mechanism, the truck will still start. This older style ignition setup is not very safe or secure.

On newer trucks, gaining access to the ignition switch is a little more complicated. You first have to remove a piece of the dash panel that is under the steering column. * * * Do the replacement with the key OUT OF the ignition.

If you find it easier to watch an ignition switch being replaced, rather than just reading about how to do it, take a look at the following YouTube videos.

Many times F-150 owners and auto mechanics overlook the possibility of faulty ignition switches because they rarely fail. Still, they are mechanical parts and breakdowns do happen. If your truck doesn’t respond when you turn the key, or the key refuses to turn at all, the problem could be the ignition switch and not a dead battery.