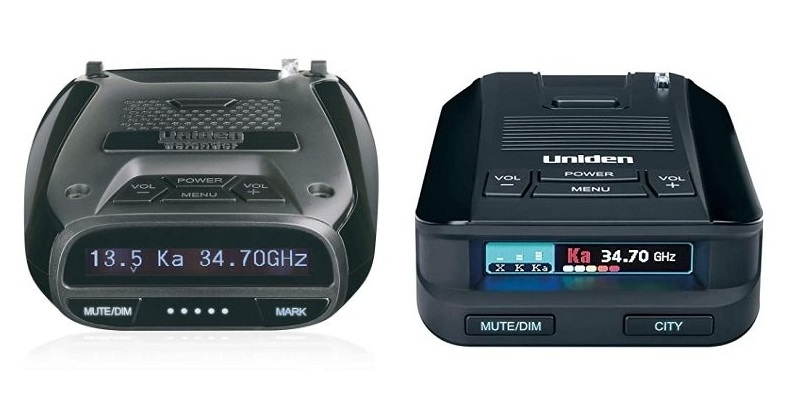 Speeding tickets, who needs that kind of hassle! So we come to a decision, the absolute best way to avoid a speeding ticket is to purchase a radar/laser detector and install it in our car. One company, Uniden, has been on the cutting edge of radar technology since the 1960’s. Two of Uniden’s detectors, the DFR7 Super Long and the DFR8 Super Long are both high-quality radar/laser detectors and either one is worthy of your consideration. But which one is right for you? Let’s compare the Uniden DFR7 vs. the Uniden DFR8 to see which one that has the functions you require and delivers the performance you need. The Uniden DFR7 is our choice (>>> Check it’s pricing on Amazon

It happens! At some point in while driving, you will drive faster than the legal speed limit. And wouldn’t you know it; there will be a police officer with a radar or laser gun hiding nearby. The blue lights will come on and the next thing you know, you are getting an “invitation” to traffic court where you will make a substantial “donation” to the courts.

On average, more than 41 million U.S. drivers receive speeding tickets each year. The average “cost” of each ticket is around $150. Total that up and you realize that unaware drivers “contribute” about $6 BILLION dollars to U.S. economy. Now you know why radar guns are so popular with the courts and law enforcement agencies.

Except for Virginia and Washington D.C. using a radar/laser detector is NOT illegal. However, the police use more than just hand-held and car-mounted speed guns in an attempt to catch speeders. There are also photo radar devices, airplane patrolling, and red light cameras to be concerned about.

Sensitivity / Detecting Range – the farther away the unit is able to detect radar the better. You want every ounce of detection capability that you can get. An early warning that gives you time to react is critical. You need the detector that is able to detect radar waves coming from dead ahead and also at an off angle or somewhat to the left or right of straight ahead. You must be able to detect the radar before it can detect your speed.

Reaction Time – how fast can the unit detect a brief radar/laser signal? Some police officers use a technique know as “quick trigger”. They will turn on their radar gun, get a return, and immediately turn off the radar gun. If your detector has a slow reaction time, you just got a ticket.

False Alert Filtering – there is nothing more annoying than having your detector go off when there is no legitimate threat. The use of radar to automatically open doors, neighborhood speed signs that are used to make you aware of how fast you are going in an area or neighborhood, newer model cars that have collision monitoring systems that will alert the car’s driver as to how close they are to another car or obstacle, and traffic flow sensors that are used to determine traffic congestion situations are the four most common reasons that your radar detector may send you a false alert. You will never be able to eliminate all false alerts but the detector you choose needs to have the ability to filter out or limit these false alerts. 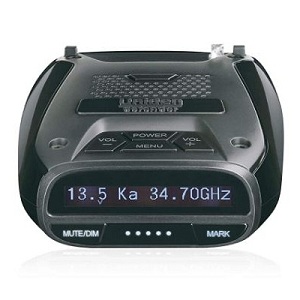 Looks are not all that important when stood next to performance, but the DFR7 looks cool, like a high-tech piece of equipment that belongs in a super custom vehicle. The OLED screen is easy to read and the important control buttons are placed within easy reach.

The DFR7 has an impressive detection range, easily up to one mile away, and detects X band, K band, and Ka band signals. It also has the ability to filter out false alerts in the K and Ka bands. The DFR7 also has GPS capability that is impressive in this price range. GPS lockouts are important to eliminate false alerts due to stationary alerts for automatic door opening devices and such.

This Uniden also has the capability to warn you if you are nearing the local speed limit. You can dial in the speed limit setting for the average speed limits that you will be driving through. And yet another great feature of the DFR7 is its ability to detect red light cameras and neighborhood speed signs. Click here for our more in-depth review of the Uniden DFR7. 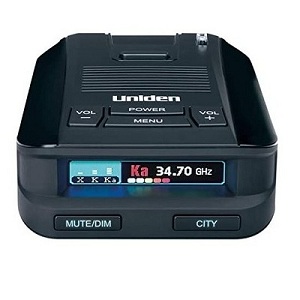 The Uniden DFR8 delivers tremendous value for the money it costs. That said, the DFR8 is a non-GPS detector, but if you live in or spend most of your time driving around areas with only a few businesses with automatic doors you won’t need the GPS function. It will provide lightning quick alerts when it detects a radar gun being used and will detect through 360°. Detection range is easily one mile out and it will detect X, K, and Ka radar bands.

The DFR8 has a multi-color and OLED display that you would find on substantially higher priced detectors. It provides voice alerts and it has programmable features like sensitivity, brightness of the display, volume, and more. Being able to adjust the sensitivity for each band especially around town, is a real plus.

The chassis is a little smaller than the DFR6 that it has replaced. That makes viewing around it easier. Also, the power and audio cables now mount on the right side of the unit for better hookup to a power adapter

When All Is Said & Done

Uniden has been making dependable radar detectors for years now, and the DFR7 and DFR8 both follow along with Uniden’s great tradition. Both these detectors are dependable and durable. One comes with GPS and one without. If you do a lot of city driving, GPS may be important, if you live outside of cities and towns, maybe not so much.

The Uniden DFR7 is our choice for a couple of reasons. (>>> Check it’s pricing on Amazon) We love the GPS feature regardless of where we live or drive. With the number of red light and speed cameras being employed by municipalities and law enforcement agencies today, spending a few more dollars for those type of alerts is a small price to pay when compared to a $150 traffic citation.