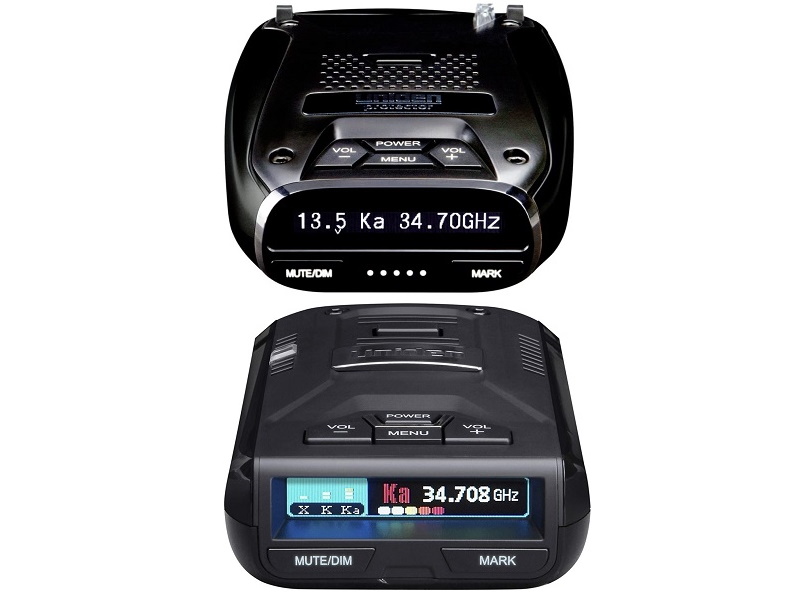 Uniden has become an industry leader in the laser radar detector game. If you don’t want to get pulled over by the police for speeding you need a well performing detector. Both of the Uniden DFR7 and R3 long-range detectors are a great laser detector to own. In this review we are going to compare the Uniden DFR7 vs. the Uniden R3.

Uniden DFR7 vs R3 Side by Side:

Radar detectors are the countermeasure for speeding tickets. We don’t condone driving faster than the legal limit but sometimes you will be completely unaware that you are going a little to fast. At other times you may think that you are on the movie set of one of those “Fast and Furious” movie sets and you are throttling down and throwing caution to the wind. You need an early warning system, a way to become invisible to police radar, that can keep you out of the courtroom. I

Types of Radar/Laser Detection – it does you little good if your detector only searches what is in front of you. It needs to “see” behind you and to either side. It should be able to detect X-band, K-band, Ka-band radars and also lasers.

Sensitivity – call it sensitivity or call it range, with radar detectors they pretty much mean the same thing. The more sensitive and the greater the ranges that a detector can pick up signals, the more time you have to react. Your detector should be able to “see” around that next bend or over that next hill.  If you do most of your driving in the city, you may want to be able to dial down the sensitivity a little. If you drive mainly in the countryside, the more sensitive the better.

Built-In GPS: this capability opens up a whole new opportunity for drivers. With a GPS function it is possible to eliminate false alerts in areas where there are automatic door openers on storefronts or where they are used in security systems. You can also program your detector to ignore places where you know there are red light sensors and such.

VG-2/Spectre Shielding – some states have turned to using radar detector detectors. If your radar detector has VG-2 or Spectre shielding technology it will warn you that a radar has been detected and then shut itself down to avoid being detected by the other detector. Some models can continue to operate while making themselves seem “invisible”. This technology isn’t cheap but it is great to have.

Visual and Voice Alerting – as important as visual alerts are when you can’t take your eyes off of the road, it is handy to also have voice alerts. Not only that, but a voice alert can identify what type of radar is being detected. Sometimes a quiet visual alert is better, especially if you have someone trying to get a little shut-eye while you do the driving.

In our opinion, the R3 Extreme Long Range detector is the overall winner. >>> Check current price on Amazon 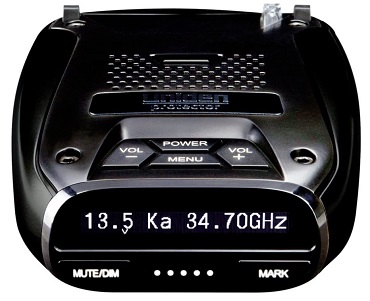 The DFR7 has an easy to read OLED display. It has easy to reach buttons and a signal strength meter. It will detect X-, K- and Ka-band radars and lasers. The DFR7 can easily detect red light cameras and it has built-in GPS so that you can effectively lockout stationary false alerts that you drive by every day.

If you are one of those play it safe people, you can set the DFR7 to warn you as you approach or reach the maximum speed limit. And with the GPS function, the DFR7 will tell you when the speed limits change up or down.

The DFR7 has been known to pick up radar signals as far away as 6 miles on the highway. In town it will detect speed cameras from nearly a mile away, giving you plenty of time to react. It even has upgraded false alert filtering from newer cars with blind spot monitoring and collision avoidance systems. 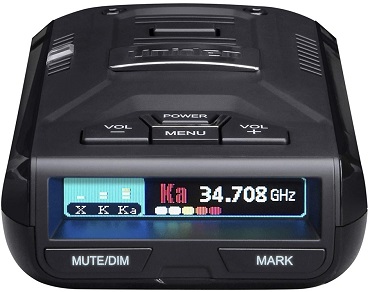 The R3 is one of the most advanced radar detectors on the market and is trusted by expert radar detector users. Its detection range is beyond belief, up to 6 miles on the highway or open roads. And it also performs well against instant-on signals that police are using more and more often.

The multi-colored OLED display is not only easy to read, it can display more types of information all at the same time. It offers OFF, DARK, DIMMER, DIM, and DARK BRIGHT modes. With built-in GPS you can program the R3 to remember and mute commonly encountered false alerts from automatic door openers on stores. The GPS also comes pre-loaded with red light and speed camera locations.

The R3 does come with filtering for Blind Spot monitoring systems like several other detectors but it still struggles with some auto manufactures, Honda/Acura specifically.

And The Winner Is…

Both of these detectors perform extremely well and much better than most of the competition. In our opinion, the R3 Extreme Long Range detector is the overall winner. >>> Check current price on Amazon It is a highly sensitive, top of the line radar detector. If your budget can handle the extra money the Uniden R3 costs above the DFR7, it is the better detector of the two.